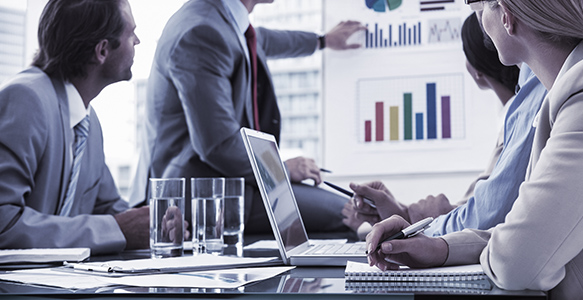 From 15 September 2017, the new Fair Work Amendment (Protecting Vulnerable Workers) Act 2017 (Amendment Act) took effect to amend the Fair Work Act 2009 (FW Act). The Amendment Act was introduced to better deter unlawful practices such as those that involve the deliberate and systematic exploitation of vulnerable workers, such as migrant workers.[1]

The amendments however, have broader reach.

WHAT ARE THE CHANGES?

In summary, the major changes introduced by the Amendment Act include:

RESPONSIBILITY OF HOLDING COMPANIES FOR SUBSIDIARIES

Holding companies can now be responsible in certain circumstances for the conduct of its subsidiaries where the subsidiaries fail to follow the FW Act. The new responsibilities apply where holding companies have a significant degree of influence or control over their business networks, have known the contraventions would occur and failed to take reasonable steps to manage the risk. We have prepared a separate article focusing specifically on this amendment.

Higher penalties for “serious contraventions” of civil remedy provisions have been introduced. A contravention is “serious” if the person knowingly contravened the provision and the conduct of the person was part of a systemic pattern of conduct.[3]

The reference to a ‘systematic pattern of conduct’ is to a recurring pattern of methodical conduct or series of coordinated acts over time.  It does not encompass ad hoc or inadvertent conduct.[4]

In determining a systemic pattern of conduct, a court may have regard to, among other things:

Serious contraventions of civil remedy provisions can apply, for example, to breaches of the National Employment Standards (NES), enterprise agreements, modern awards, and the record keeping and pay slip obligations under the FW Act.[6] The effect of this amendment, is to supplement the existing penalty regime under which intention does not need to be proved.[7]

The maximum penalty that may be awarded by a Court for contraventions are outlined in the table below:[8]

This does not extend to circumstances where the misconduct of a ‘rogue’ senior manager is acting outside the corporation’s policies. There is no liability in this circumstance if the body corporate can prove that it exercised due diligence to prevent the ‘rogue’ conduct.[11]

Employers are required to keep certain employee records and issue pay slips containing prescribed information under the FW Act. A failure to do so may result in an employer having to pay civil penalties.

Changes made by the Amendment Act have:

The value of these penalty units is captured by the table above, which outlines the maximum penalties.

The increase in penalties is aimed at deterring those employers who deliberately fail to keep records in order to disguise underpayments. It is not designed to target employers who genuinely overlook employee record keeping requirements.[15]

Additionally, a reverse onus of proof has been introduced where an employer does not meet record keeping or pay slip obligations and they cannot provide a reasonable excuse. This means employers will have to disprove allegations in wage claims made against them in a Court.[16]

REMOVAL OF PRIVILEGE AGAINST SELF-INCRIMINATION

Inspectors of the Fair Work Ombudsman have powers to require a person to produce a record or a document and to interview any person, for example about the particular practices in a workplace.

Previously, the FW Act provided that in the case of an individual, these records and interviews were not admissible in evidence against the individual in criminal proceedings. This is referred to as a privilege against self-incrimination.

The Amendment Act has removed the privilege against self-incrimination (subject to certain immunities and safeguards) by providing that a person is not excused from giving information, producing a record or document, or answering a question on the ground that to do so might incriminate the person, or expose the person to a penalty.[17]

The amendments present an opportune time to revisit your business’ existing arrangements to ensure that your business complies with the FW Act.

If you have any questions about how the amendments to the FW Act may affect your business, please contact HLS Legal on (08) 9322 5202.