ARM’S LENGTH NO MORE: Holding company may be responsible for a subsidiary’s breach of workplace law 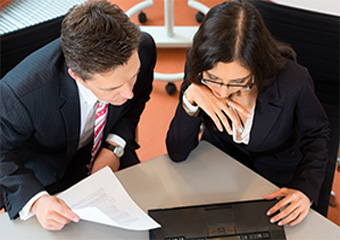 From 15 September 2017, the new Fair Work Amendment (Protecting Vulnerable Workers) Act 2017 (Amendment Act) took effect to amend the Fair Work Act 2009 (FW Act). It is now possible for holding companies to be held responsible in certain circumstances, for the conduct of its subsidiaries where the subsidiaries fail to follow the FW Act. This means a holding company can be ordered to pay a civil penalty where a subsidiary company breaches a listed provision of the FW Act.

Before the introduction of the Amendment Act, the FW Act provided a person may be held responsible for being ‘involved in’ a contravention of a civil remedy provision of the FW Act, even if they are not the direct employer, pursuant to accessorial liability provisions.[1]

While this provision still exists, new provisions have been introduced which provide that a holding company will be liable if it knew, or could have reasonably known, that a contravention of workplace laws by a subsidiary would occur, and did not take “reasonable steps” to prevent it.

Specifically, a holding company will contravene the FW Act if its subsidiary (as defined in the Corporations Act 2001), who is an employer, contravenes a specified civil remedy provision (for example, contravention of the National Employment Standards) and either:

A statutory exemption can be claimed by a holding company if it can demonstrate that at the time of the contravention, it took “reasonable steps” to deal with the problem to prevent a contravention by the subsidiary company of the same or a similar character.[3]

In determining whether a holding company took “reasonable steps,” the Court may consider the following list of matters (noting it is not exhaustive):

A holding company which has significant control over a subsidiary may wish to consider conducting due diligence to evaluate the subsidiary’s compliance with the FW Act.

If you have any questions about how the amendments to the FW Act may affect your business, please contact HLS Legal on (08) 9322 5202.