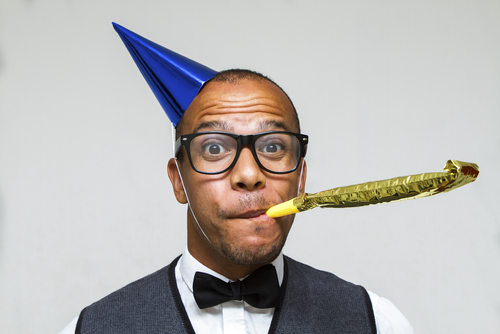 The impact that the Fair Work Act has had on employment law in the last 10 years cannot be understated.

The Fair Work Act has governed employment law in Australia during a period of significant change to the Australian economy, politics and technology.

With this in mind, it is an appropriate time to ask: What do we know about the Fair Work Act?

Some of these decisions provide guidance on the meaning of the Fair Work Act in respect of key day to day issues.

However, there remain important parts of the Fair Work Act which are untested and unclear.

Understanding these can assist with navigating the Fair Work Act moving forwards.

What we can say is fairly settled

In Luke Colwell v Sydney International Container Terminals Pty Limited [2018] FWC 174 an employee was terminated for sharing a pornographic video on a Facebook Messenger chat which included a number of his colleagues.

When finding that the employer had a valid reason to dismiss the employee, Commissioner McKenna acknowledged the growing number of cases regarding dismissal, social media use and out of hours conduct.

Commissioner McKenna held that the connection between the employee’s conduct and his employment was satisfied as the employee was Facebook friends with his colleagues because of the employee’s relationship with the employer.

The decision reflects the general willingness of the Fair Work Commission to support employers in dismissing employees engaging in this form of conduct.

The Full Court considered this issue for the purposes of considering the impact of a “no extra claims” clause in an enterprise agreement.

The Full Court found that enterprise agreements are not:

Having set out this finding, the Full Court held that the “no extra claims” clause did seek to prevent the parties from varying the enterprise agreement. Accordingly, the clause was contrary to the Fair Work Act and unenforceable.

This meant that the union was not limited to merely representing the employer’s employees in a dispute.

The Full Court appeared to accept that the union was not required to prove that the first two stages of the dispute resolution process (which were at the employee/team level) had been complied with because these stages would not be “practical” where a dispute was being raised by the union.

In Short v CBI Constructors Pty Ltd [2017] FCCA 2442, it was argued that fly-in-fly out employees working on a roster which included non-working time should be paid as if they were at work when being paid in lieu of notice, that is, by ignoring non-paid, non-working time in their roster.

Relevantly, s 117(2)(b) of the Fair Work Act provides that payment in lieu of notice is to be calculated on the hours the employee would have worked had the employment continued until the end of the minimum period of notice.

The Federal Circuit Court held that there is nothing in the language of s 117 of the Fair Work Act that requires an employee to be paid for non-working time, in particular where the employee works a roster which compresses working time into set periods.

The Federal Circuit Court’s decision makes it clear that rostered working hours impact the calculation of payment in lieu of notice for s 117(2)(b) of the Fair Work Act.

The Full Court confirmed that s 90(2) of the Fair Work Act is expressed differently to s 90(1) of the Fair Work Act to ensure that where a modern award or enterprise agreement provides for annual leave to be paid at a rate which is higher than an employee’s base rate of pay during employment that this is also the rate to be paid at termination for accrued but untaken annual leave.

The Full Court indicated that the intention of s 90(2) of the Fair Work Act is to ensure that payments which would be payable when an employee takes annual leave during their employment, like annual leave loading, would also be paid to the employee when paid their untaken leave.

In Board of Bendigo Regional Institute of Technical and Further Education v Barclay [2012] HCA 32, the High Court confirmed that and employer will contravene the Fair Work Act where the “substantial and operative factor” in the employer’s decision to take the adverse action against an employee is a prohibited reason.

The High Court’s decision establishes that credible and strong evidence that an employer’s reasons for taking adverse action against an employee were not prohibited reasons is essential for an employer to successfully defend a general protections claim.

In Melbourne Stadiums Ltd v Sautner [2015] FCAFC 20, the Full Court held that the employee’s claims under the Fair Work Act and common law breach of contract claims were matters within the same proceeding.

Section 570(1) of the Fair Work Act provides that costs should only be awarded where the court is satisfied that the party instituted the proceedings vexatiously or without reasonable cause or has engaged in an unreasonable act or omission which caused the other party to incur costs.

As section 570(1) of the Fair Work Act makes it more difficult for a party to obtain costs against the other party, employee claims which couple breach of contract and general protections claims have become commonplace.

In WorkPac Pty Ltd v Skene [2018] FCAFC 131, the Full Court held that the meaning of casual employees in s 86 of the Fair Work Act is its traditional meaning in general law. Further detail on this decision is available by following this link.

The Federal Circuit Court ordered that the Human Resources Manager pay a penalty of $9,920 in respect of deductions that were made to employee’s wages and for a failure to keep accurate records.

In EZY Accounting 123 Pty Ltd v Fair Work Ombudsman [2018] FCAFC 134, the Full Court held that an accounting firm that was aware of and facilitated its client’s systematic underpayment of its employees was an accessory to the employer’s contravention.

The Full Court found that it did not matter that the accounting firm did not intend to assist its client to contravene the applicable modern award.

Areas where clarity is still required:

The Commissioner at first instance held that the comments made by the employee were “[W]ithin his right to free speech…even though many, including myself, would find much of the Facebook discourse which is in evidence to be distasteful”. The decision of the Full Court suggests that an employer may unfairly dismiss an employee where the reason for the dismissal was the employee’s use of social media to comment on religious or political matters.

On the other hand, in Banerji v Bowles (acting Secretary, Dept of Immigration and Citizenship) [2013] FCCA 1052, the Federal Circuit Court held, when considering an employee’s application for an injunction on the basis of threatened and actual adverse action, that “even if there be a constitutional right [to free speech] of the kind for which the Applicant contends, it does not provide a licence [allegedly] to breach a contract of employment.”

The Federal Circuit Court’s statement suggests that comments of a political nature may justify an employer dismissing an employee’s employment.

The Fair Work Commission extracted the 34 Sundays and 6 public holidays threshold from cases which predated the Fair Work Act.

While it is arguable that Parliament intended the 34 Sundays and 6 public holidays threshold to apply for consistency and certainty, the meaning of s 87(3) is yet to be confirmed.

One approach takes a narrow view on what is a “complaint”. The narrow approach requires that the employee to have a legal right to make a complaint in their employment contract or that the complaint is made formally.

The other and broader approach doesn’t require a legal right to make a complaint and captures most circumstances where an employee expresses concern about matters that could affect their employment.

In Walsh v Greater Metropolitan Cemeteries Trust (No. 2) [2014] FCA 456 Bromberg J favoured the broader approach and held that an employee makes a complaint when they raise a matter or conduct which could reflect badly on them or could prejudice them in their employment.

The impact of this broader approach has been seen more recently Fatouros v Broadreach Services Pty Ltd [2018] FCCA 769 where an email sent by an employee about another employee’s performance was considered a complaint.

Some modern awards permit an employer to deduct wages when an employee fails to give the required notice of termination. However, the extent of the deduction is often limited. For instance, in clause 14.1(c) of the General Retail Industry Award 2010: “If an employee who is at least 18 years old does not give the period of notice required under paragraph (b), then the employer may deduct from wages due to the employee under this award an amount that is no more than one week’s wages for the employee.”

Section 324 of the Fair Work Act, which provides that deductions from wages must be required by a modern award, enterprise agreement or other law, or must be “principally for the employee’s benefit” arguably prohibits the forfeiture of wages for an award free employee and forfeiture which exceeds that permitted by a modern award.

In an apparent response to these difficulties, in Jetgo Australia Holdings Pty Ltd v Goodsall [2015] FCCA 1378, an employer unusually commenced action against the ex-employee who failed to give notice under the relevant modern award. The Federal Circuit Court found against the employee for breach of the relevant modern award and ordered that the employee pay a penalty.

However, the Federal Circuit Court ordered that the penalty be paid to the Commonwealth and not the employer, leaving the employer without financial remedy for the employee’s failure to give the required termination notice.

What does the future hold?

The Coalition government is unlikely to introduce sweeping changes to the Fair Work Act in the next 3 years. Only a handful of its election promises concerned industrial relations. Its most significant proposal was to stop casual employees from “double dipping” on the casual loading and full time/part time entitlements where they are found to be full time or part time employees at law.

Regardless, it is undeniable that the Fair Work Act has and will continue to shape the employment law landscape into its tenth year and beyond.

HLS Legal provides comprehensive and current advice to employers in respect of the Fair Work Act, including, in respect of managing termination of employment, enterprise agreement disputes, annual leave and deductions from pay.